Pre-race – what have I gotten myself into???

This race was an experience.  It was on a whole different level – but my goal was to have fun & finish. Standing around, waiting for our turn to warm up at swim start, other athletes were taking, planning on finishing in 2.5hour… here I was, gonna be happy w 3 if i could manage it! In the pic below, you can see the swim start. We warmed up on the back side of this pontoon, then got out, and back in on this side. One hand had to be on the dock to start. What they failed to mention is that when a wave takes off, the whole dock MOVES cuz we are all pushing off on it. The wave before us took of, and we all staggered. I thought it was fun. Water temp was about 80, so no wetsuits allowed (78 or greater, no wetsuits. That’s the rule). I was the only one swimming with a snorkel, so I’d should be easy to find. That said, i can’t find myself in this shot. i might be down farther, but I thought I was close to one of the poles. Actually, I know I was, just not which specifc pole. It’s kinda fun to play “Where’s Waldo/Sharon?” Coming out of the water

Swim felt great. This summer I’ve been able to finally feel like my swimming was consistent in training. I feel I am getting stronger, and continuing to progress. This was my 4th race back after the neck injury & rehab, so I think I’ve still got room to progress. Around Austin, I’ve gotten accustomed, in a wave start like this, to come out fo the water in the top 10% of my age group. At one point in this race, I looked up and it felt like my whole wave was ahead of me, and still pulling away. I did end up passing several people with the same color cap (ie my wave) as I progressed. Coming out of the water I was 47/92 for my age group. Yep, a completely different level then I am used to! Distance: 0.9 miles.

A quick run to the transition area, slip on  my bike shoes, helmet, sunglasses, and off to the 2nd leg. This is Transition 1 (“T1”). I’m also really fast at this. I moved up in ranking as I headed out on the bike. Heading out of T1 to the bike course

Bike had tailwind out, which you didn’t realize until you hit the turn around at the half way point. Headwind back seriously changed my average bike speed! There was this “big hill”  with a “steep incline” that we had been warned about.  So if you’ve ever driven Lime Creek here in Austin, we have a hill series on there called “The Sisters”. I’ve been training on them in anticipation of this hill. She ended up being a Sister wanna be, but not a contender. I ended up slowing down on the hill cuz a dude passed me at the start of it then pulled in front of me (like he’s supposed to). And then I gained on him. Cuz it was a hill (I eat hills for breakfast!). I was trying to be good and follow rules which meant I should have slowed down & backed out of the passing zone. I shoulda just chicked him. Several people were walking their bikes up this hill, and I passed several that were still on their bikes as well. The down hills were a blast. Nutrition during the bike was spot on, as was hydration, electrolytes and Spruzza misting. The second half of the bike my neck was starting to talk to me – fatigue, some discomfort. I must say I was glad to be done after 25 miles! My bike speed (average) was about what I’ve done at the other 2 races this year, even though the distance was almost double. I’ll take it.

Back into Transition (now “T2”), slip the bike shoes off, run shoes on, grab my fuel belt, and off I go! Having fun on the run!

Got on the the run and the quads cramped. No option but to walk it off. And then I’d start running again and they’d cramp again. Run was 2 loops, so I pretty much power walked the first 1.5, and was finally able to start running on thefinal stretch back. Hence my run time is way slow. I’ve got some rethinking to do on my training, but

overall a great experience. I stuck with my race plan, and am quite About to finish the race!

happy to have qualified for & finished my first Nationals. Everyone atthis race has their story. Mine has been the consistent neck work it took to even be able to get to this race. To even qualify for it on my 2nd race back. I’m proud of how far I’ve come!

The most important thing for me on this race was to have FUN. And as evidenced by the photos my friend Rejeana took of me while racing, I’d say I was successful!

Next up: prepare to qualify for NEXT year in Cleveland! 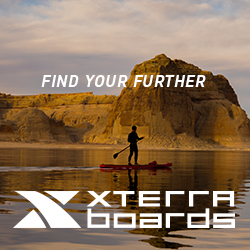 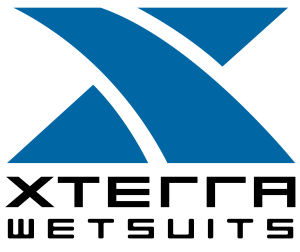